At least 84 domestic tourists stranded in Eastern Visayas since last March finally returned home with the assistance of the Department of Tourism (DOT) in joint efforts with other agencies and local government units (LGUs).

Against the surreal backdrop of the iconic MacArthur Landing Memorial Park in Palo, Leyte, the four buses left shortly before 6:00 PM Friday? for the 24–hour journey to the National Capital Region (NCR) and other areas in Luzon, including Daraga, Albay; Baao, Camarines Norte; and Centris, Quezon City.

As the 74 tourists boarded the four sweeper buses and 10 rode in their own vehicles, the tourists said they are relieved, happy and thankful for the trip back home after being stranded in the region since the start of the travel restrictions in connection with the public health crisis and the enhanced community quarantine (ECQ).

Businesswoman Anilda Albarracin who visited Merida, Leyte thanked the DOT for the support given to her from the time she sought assistance online along with the others who were stranded in Tacloban City and various localities in Eastern Visayas.

“I’m so happy to return to Manila but I’m going to miss the food, particularly the fresh seafood and the people who are very accommodating,” Albarracin said.

Having been stranded after visiting the fascinating Kalanggaman Island in Palompon, Leyte, Adrian Michael Tagumpay of Baguio City said DOT’s help is God-sent.

“We appreciate the warmth of the people here. They really took care of my family. And we thank God for the assistance DOT Region 8 Office extended to us which is truly God-sent,” Tagumpay said.

Sharlaine May Balagapo of Mandaluyong came to visit relatives in Sulat, Eastern Samar last March 12 and had her flights back home repeatedly cancelled due to the nationwide lockdown but her hopes of returning to Manila lit up when she came across the DOT Facebook page.

When she found out that the DOT was helping stranded domestic tourists, as well as foreigners, she registered right up, and the DOT team kept in touch with her until she was included in the sweeper bus trips.

“I’d like to thank the DOT for the trip and all the great stuff they gave us. But like General Douglas MacArthur promised, I shall return to Eastern Visayas to see the beautiful islands and some of the friendliest people I have met,” Balagapo said.

“We are pleased to extend a helping hand to our domestic tourists who are the backbone of the tourism industry. We are glad to partner with the LGUs and the regional government offices in continuing public service amid a global pandemic and typhoon calamity,” said DOT Region 8 Director Karina Rosa S. Tiopes.

The four sweeper buses were used earlier for the Balik Probinsya Program with Leyte Province being one of the pilot areas, prompting Leyte Governor Leopoldo Dominico “Mic” Petilla to coordinate with the DOT in connection with its ongoing assistance to stranded travelers.

The DOT-8 and Petilla immediately made representations with the Land Transportation Franchising and Regulatory Board (LTFRB) main office which readily approved the proposal, allowing the DOT Regional Office 8 response team to conduct 48-hour registration period in the wake of the typhoon Ambo’s devastation.

At least 84 distressed travelers signed up, originating from Leyte, 44; Northern Samar, 4, and Samar, 11; and Southern Leyte, 25. They were picked up at Catbalogan City, Calbayog City, and Allen, Northern Samar.

Also, on hand in the pre-boarding briefing and protocols were regional representatives of the Philippine National Police (PNP) and the LTFRB for the issuance of the Travel Authority.

The DOT–8 in coordination with the various LGUs made sure all confirmed sweeper trip passengers were also given instructions and possessed the required medical clearances and other required documents.

Other assistance the DOT-8 provided to the travelers include free breakfast and lunch during the assembly time in preparation for the bus trip and distribution of care packs, tokens, thank you/safe trip/stay safe and well notes.

At least 48 of the passengers reside in NCR; 15 in Region 4A (CALABARZON); nine in Region 3 (Central Luzon); five in Cordillera Administrative Region; four in Region 2 (Cagayan Valley); two in Region 5, and one in Region 1 (Ilocos Region). 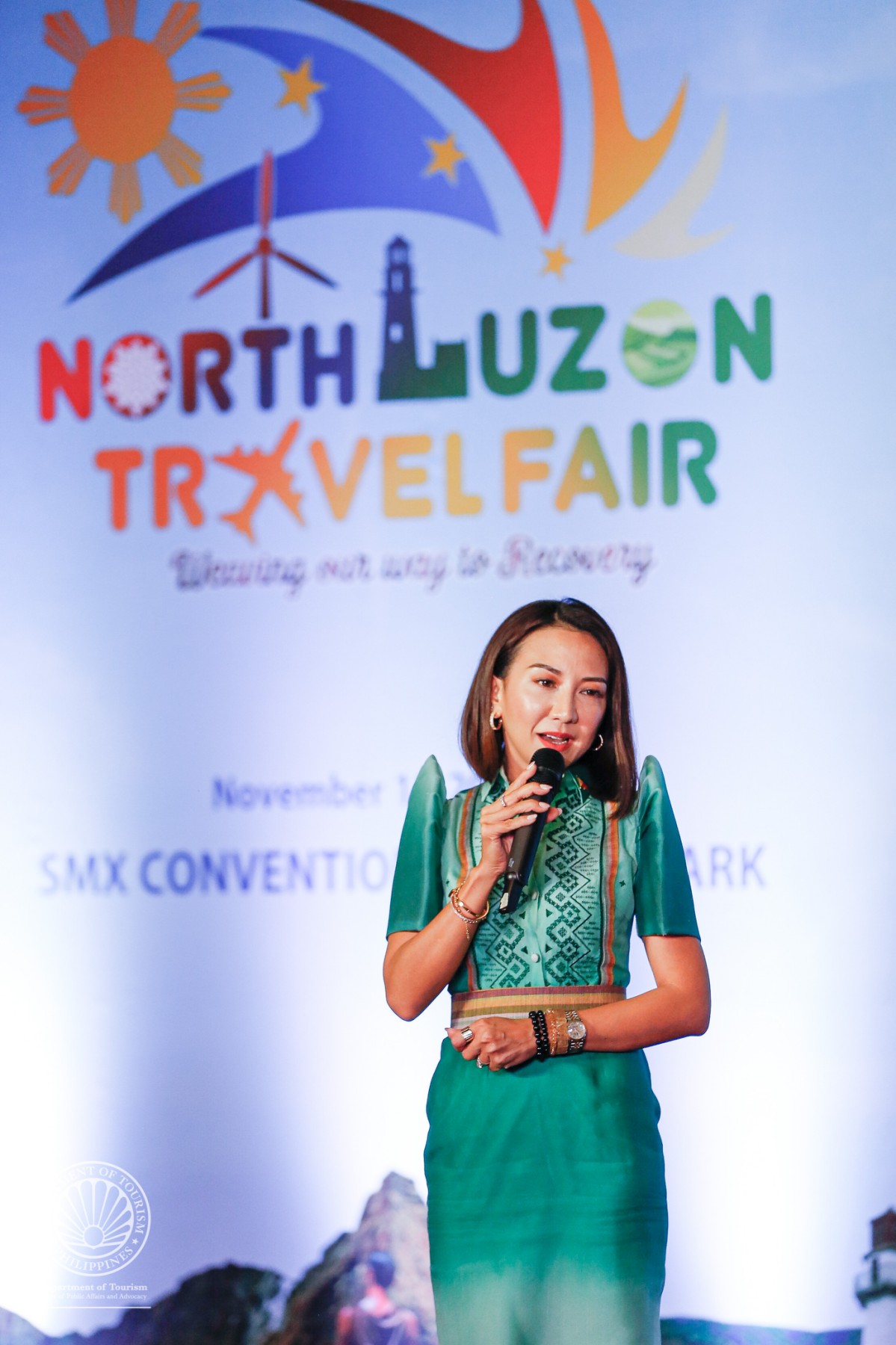 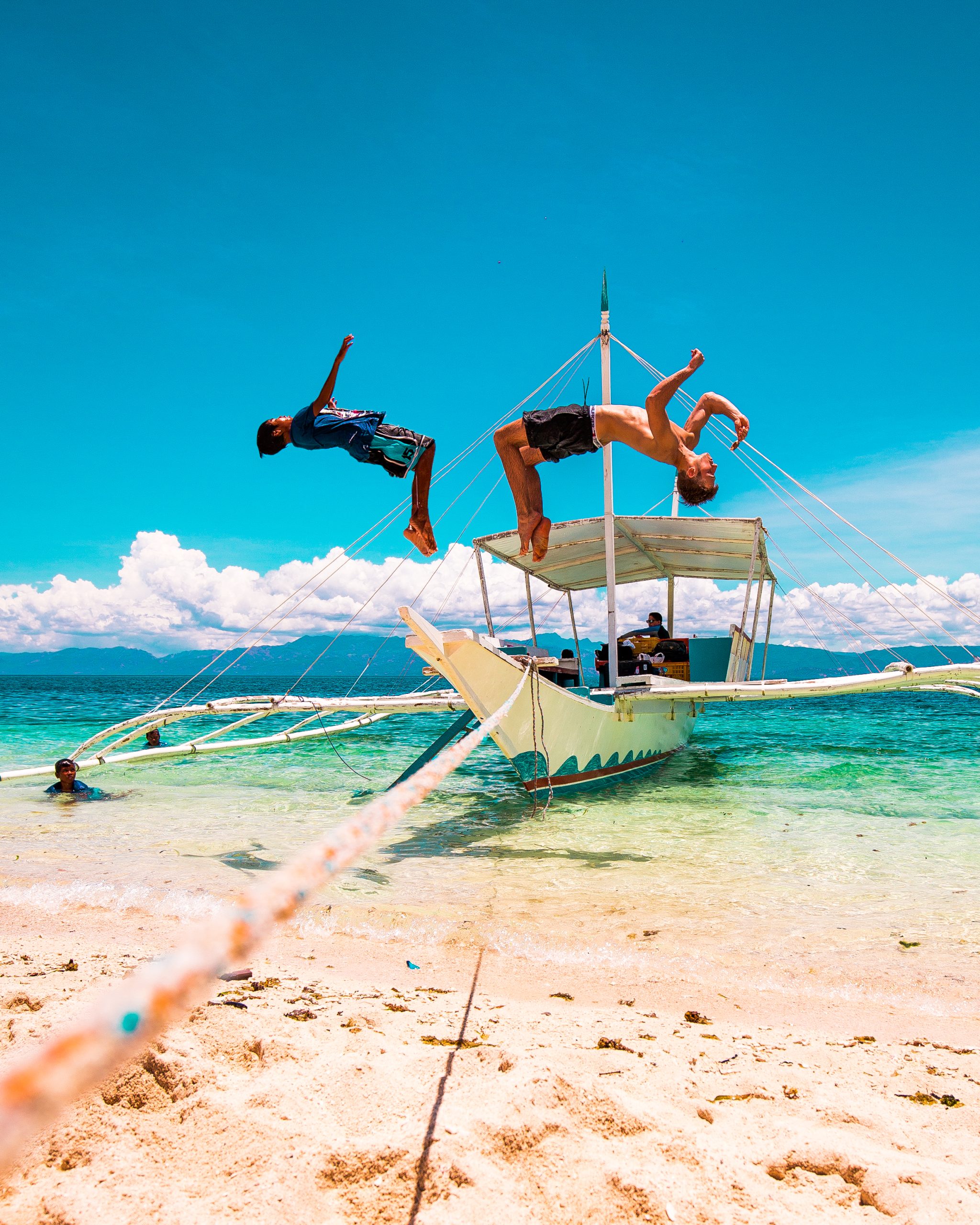 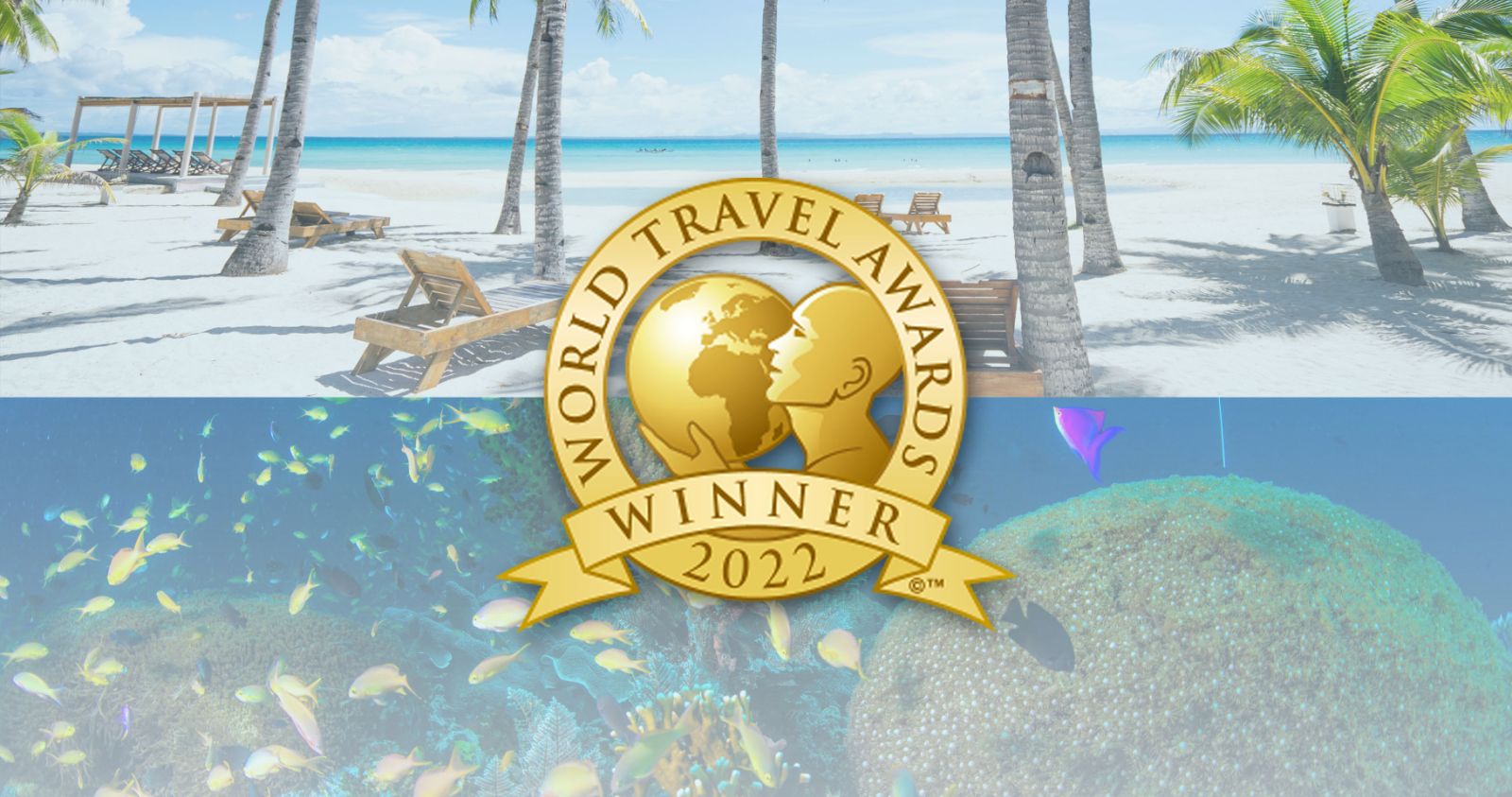 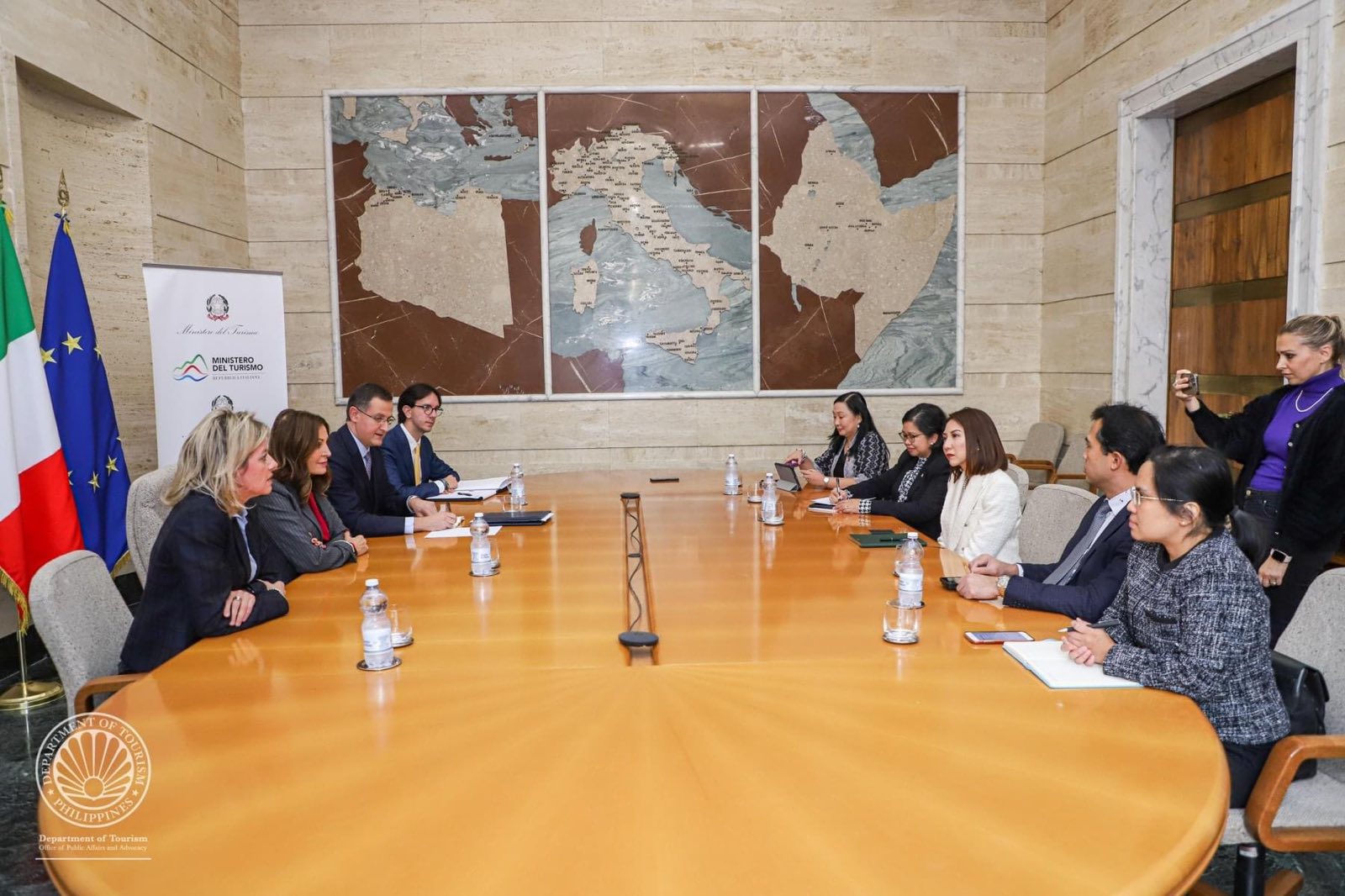 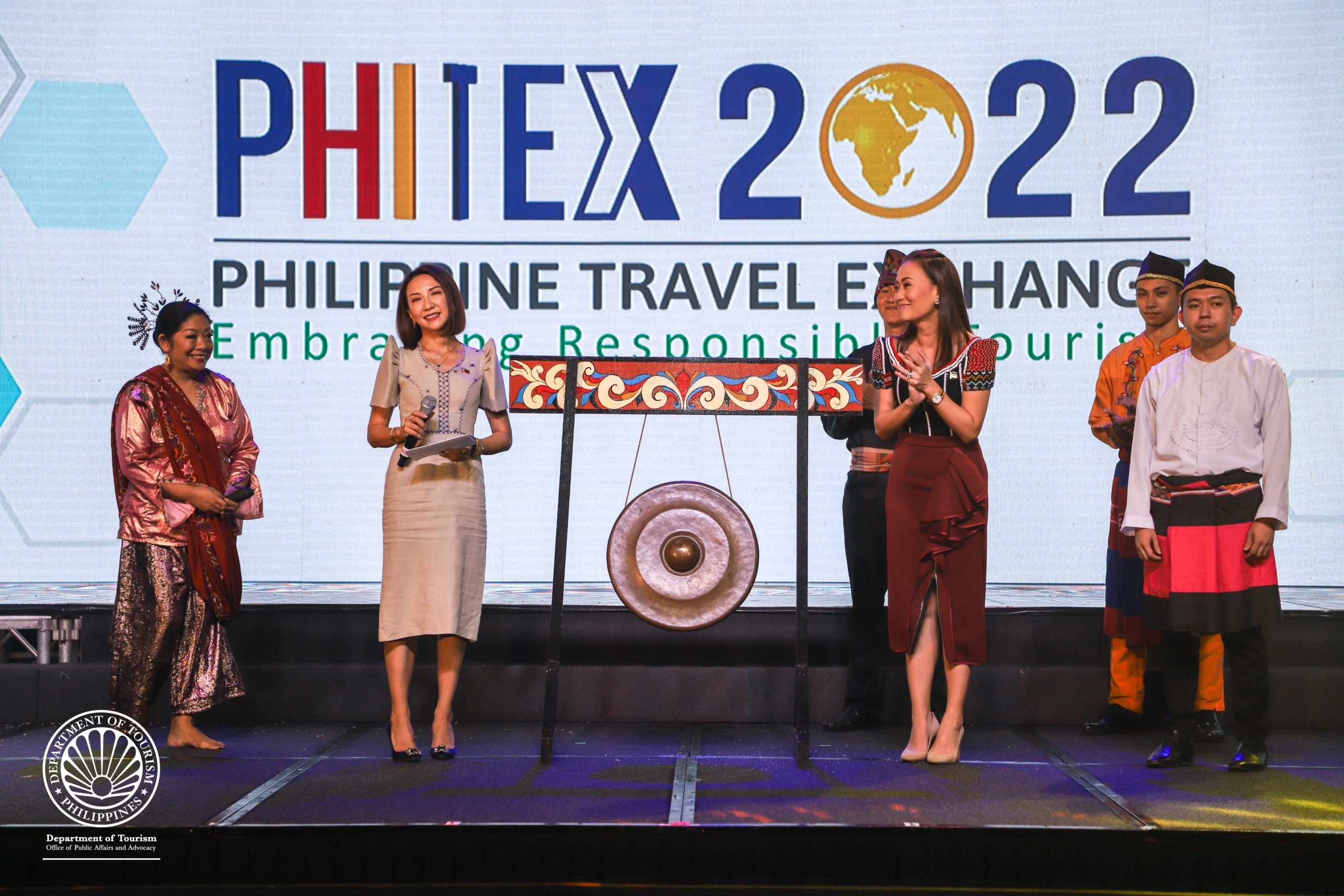 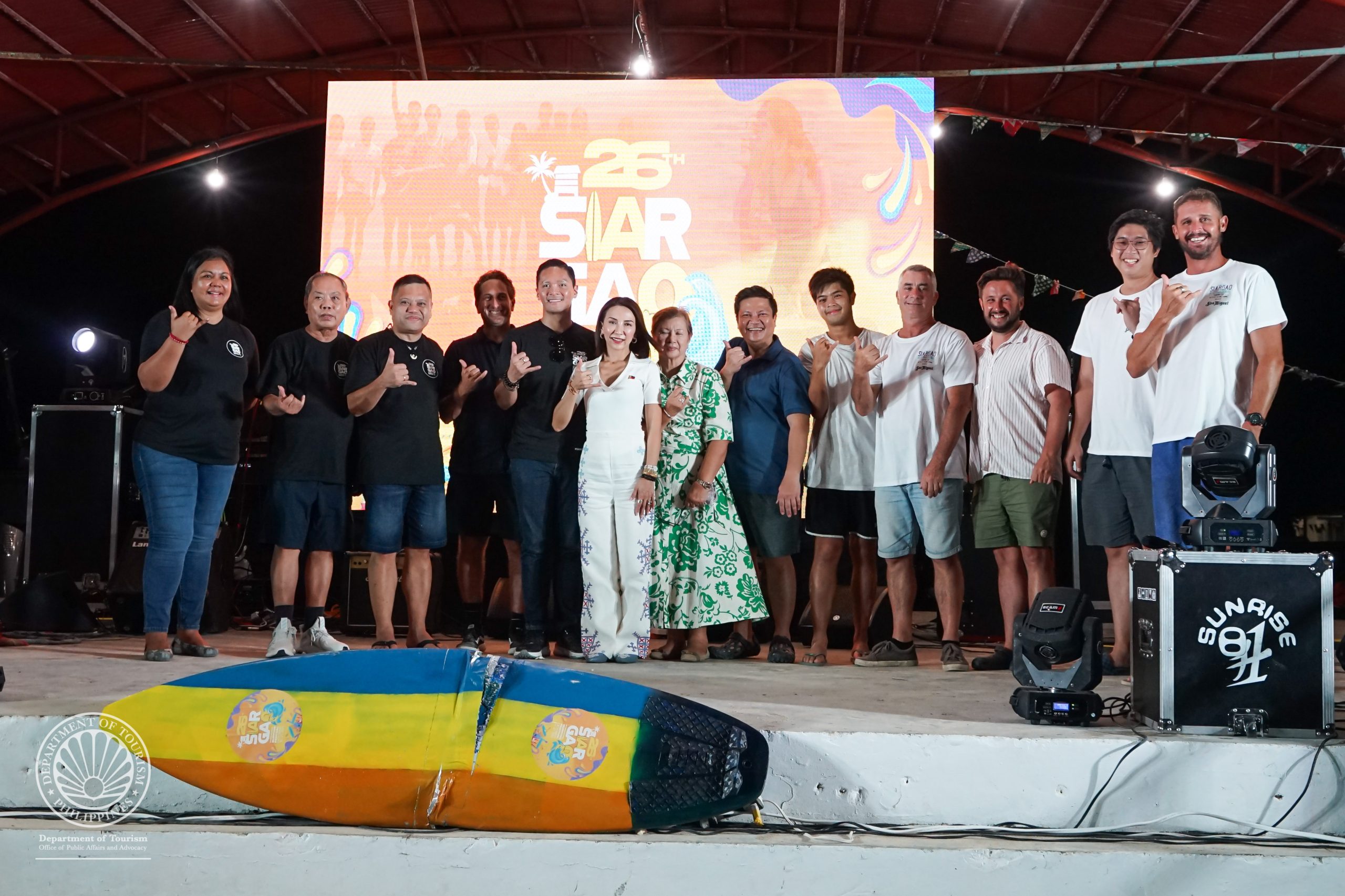 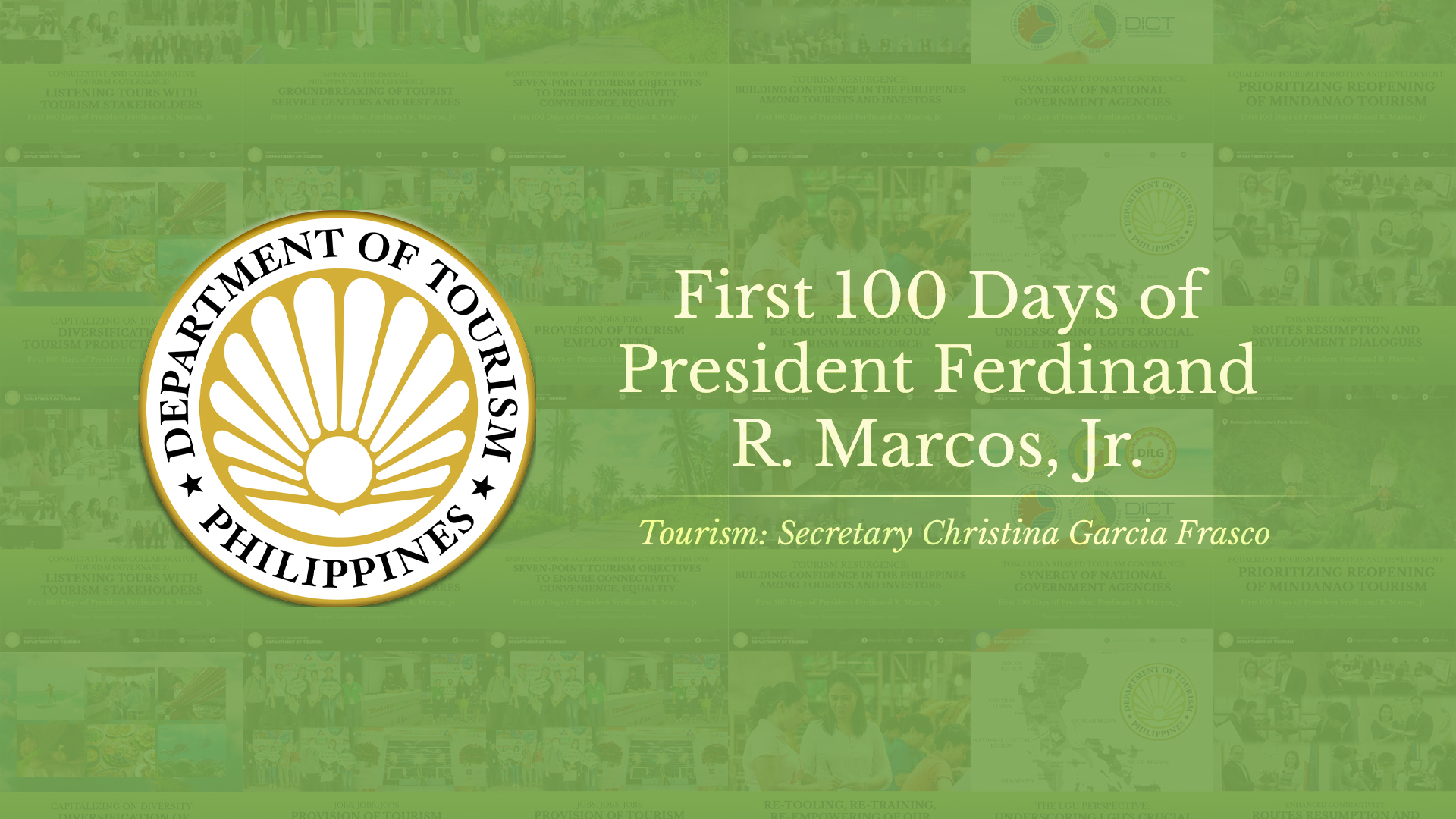 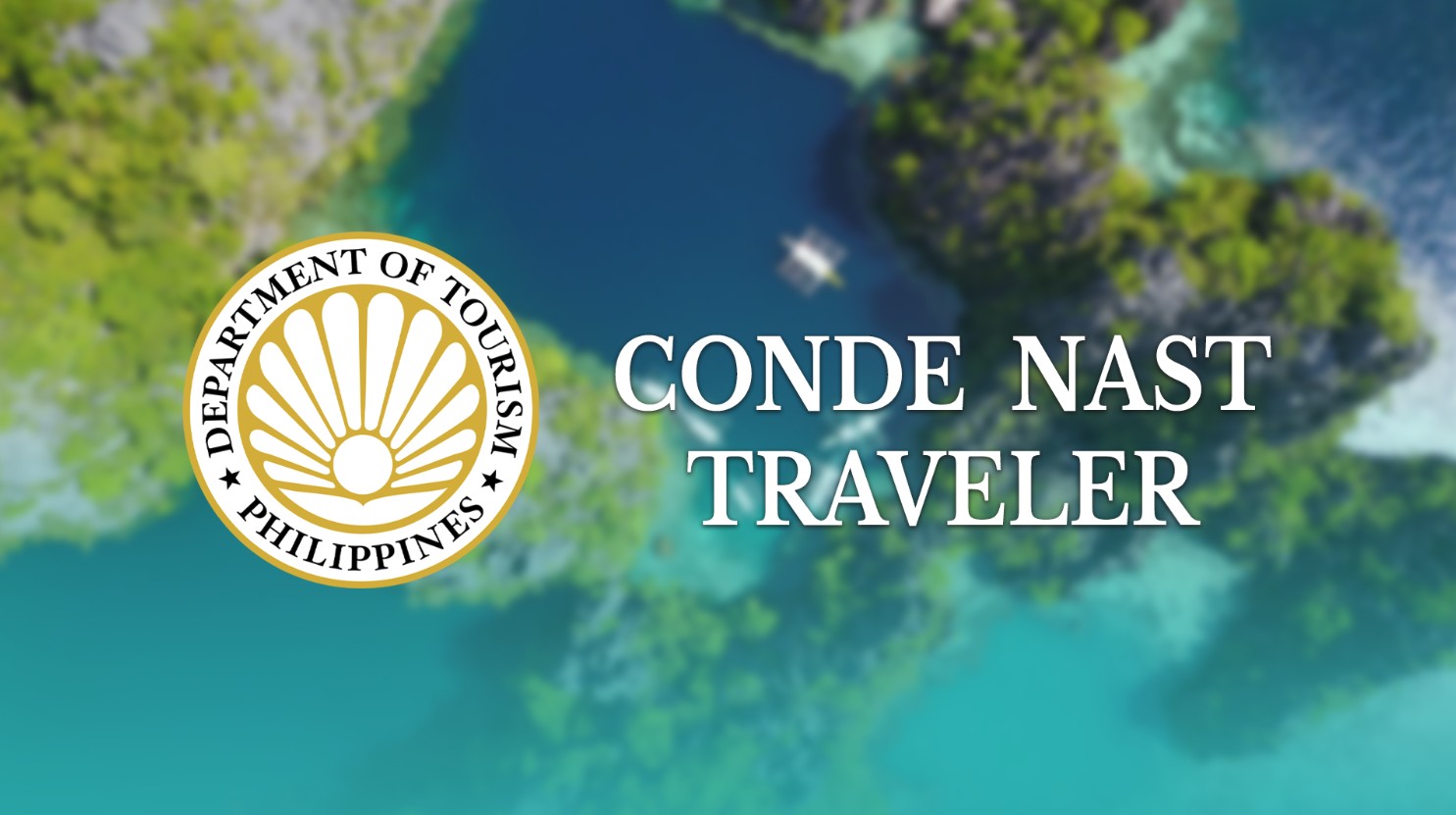 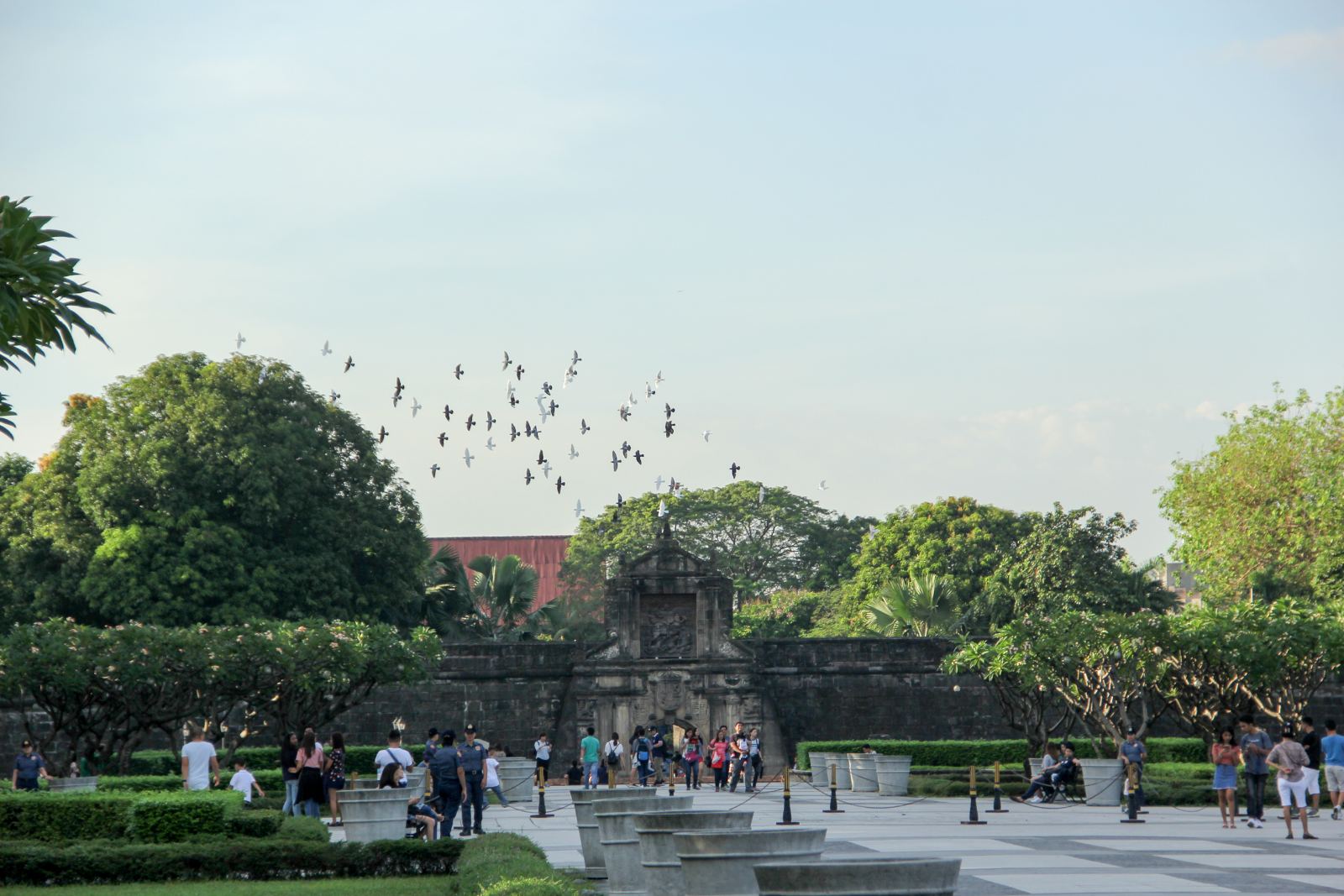 Phl scores back to back win in WTA Asia; Intramuros hailed as Asia’s Leading Tourist Attraction of 2022 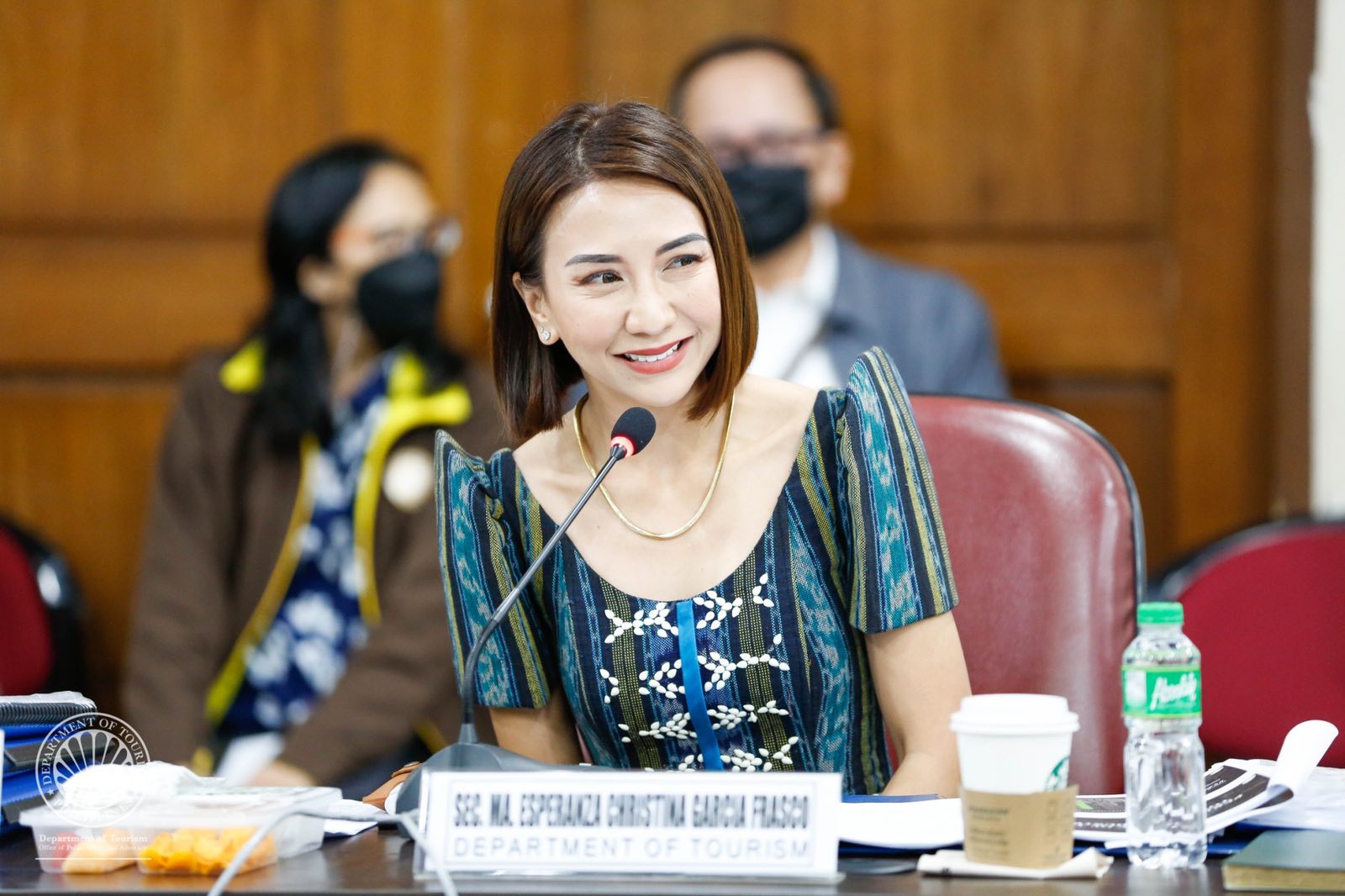 More than 1,500 tourism jobs to be offered in joint DOT-DOLE job fair 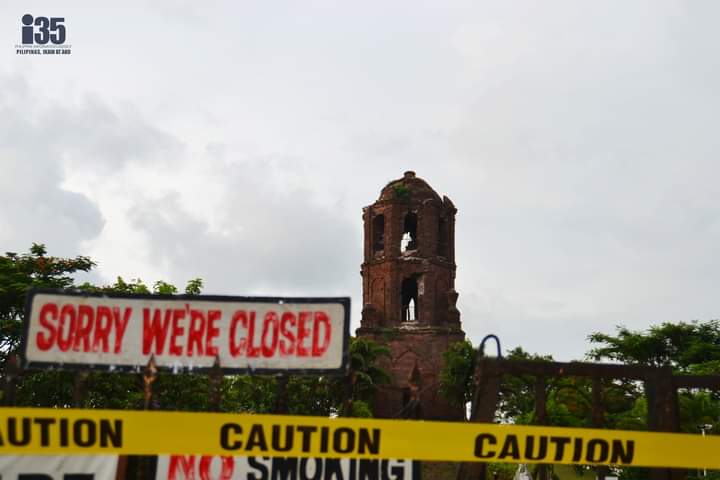 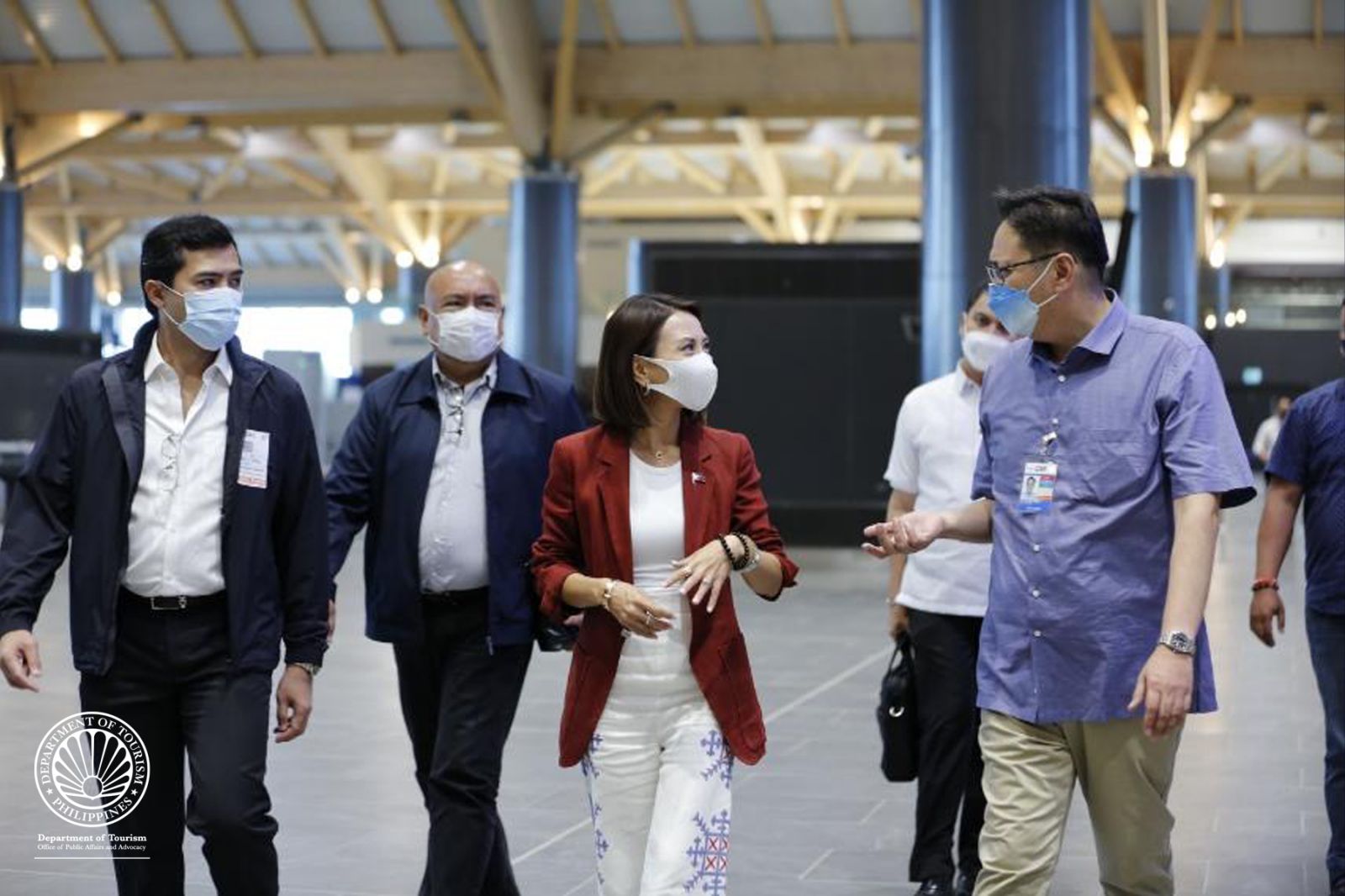 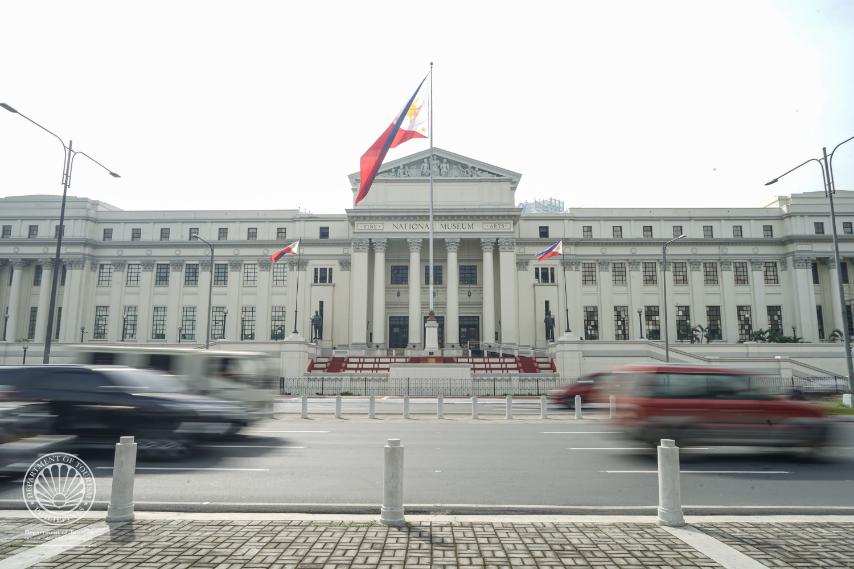 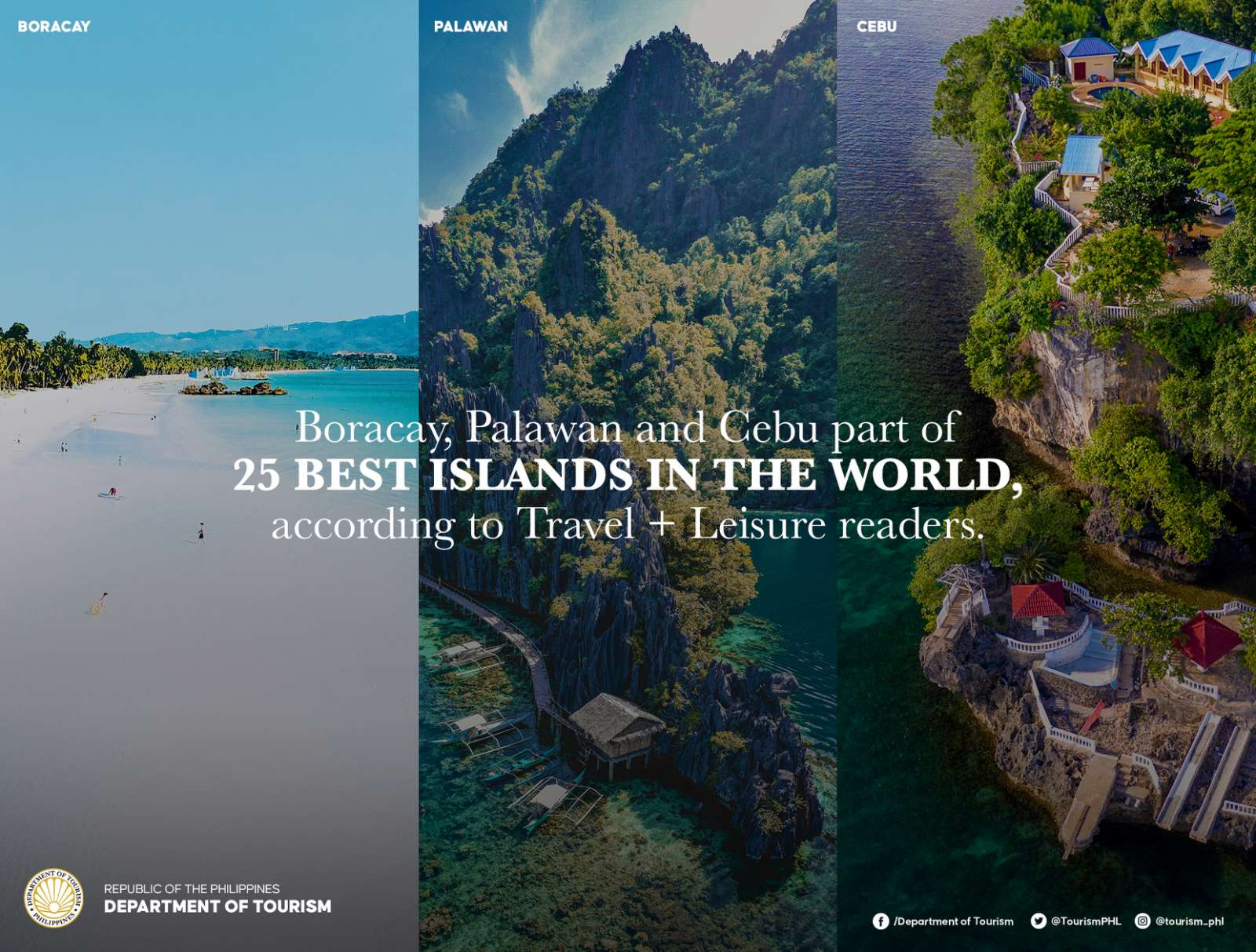 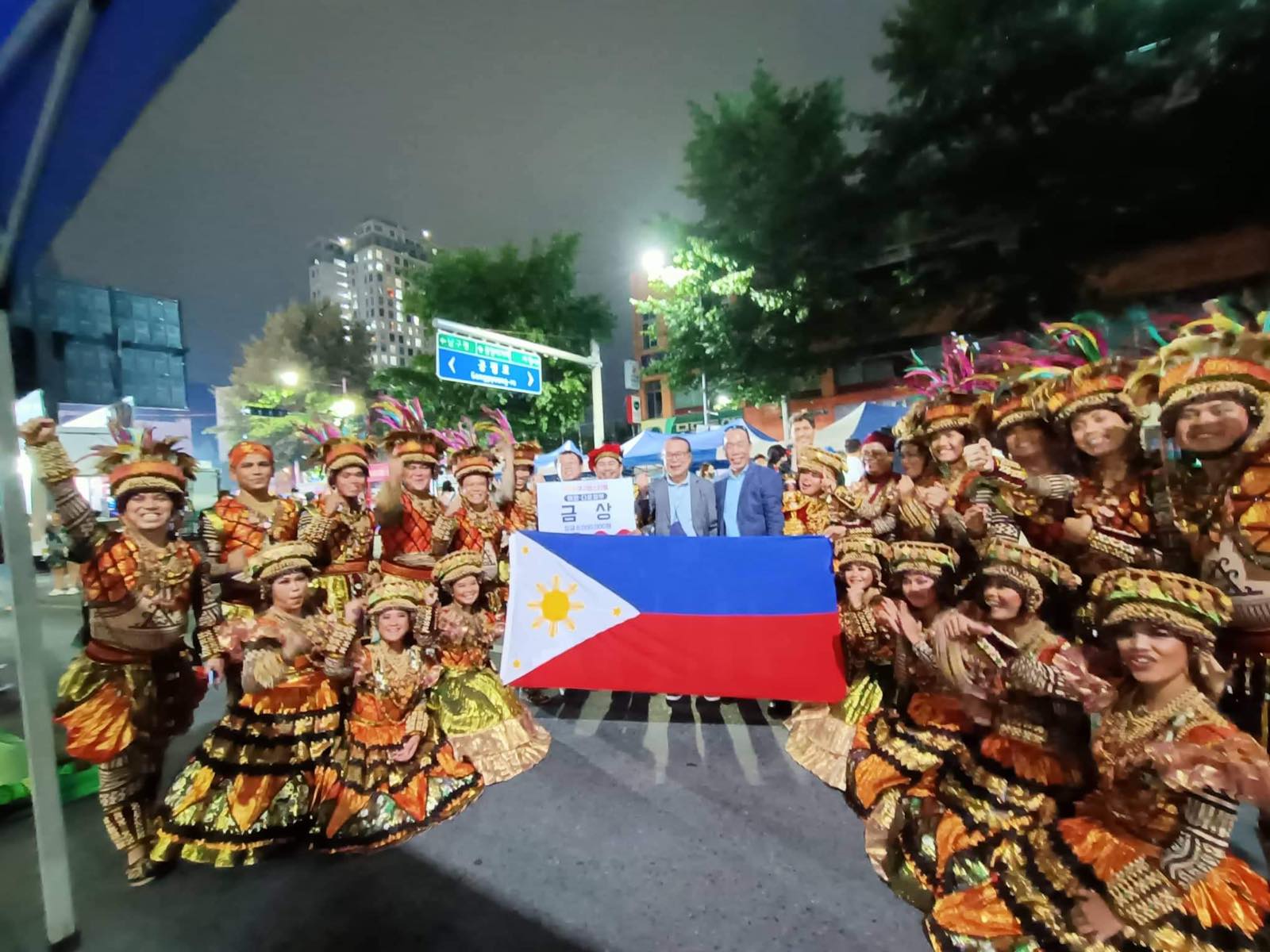 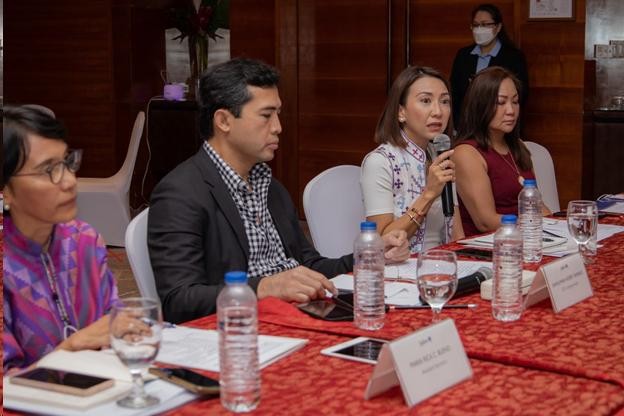 MEDIA RELEASE FROM THE DEPARTMENT OF TOURISM 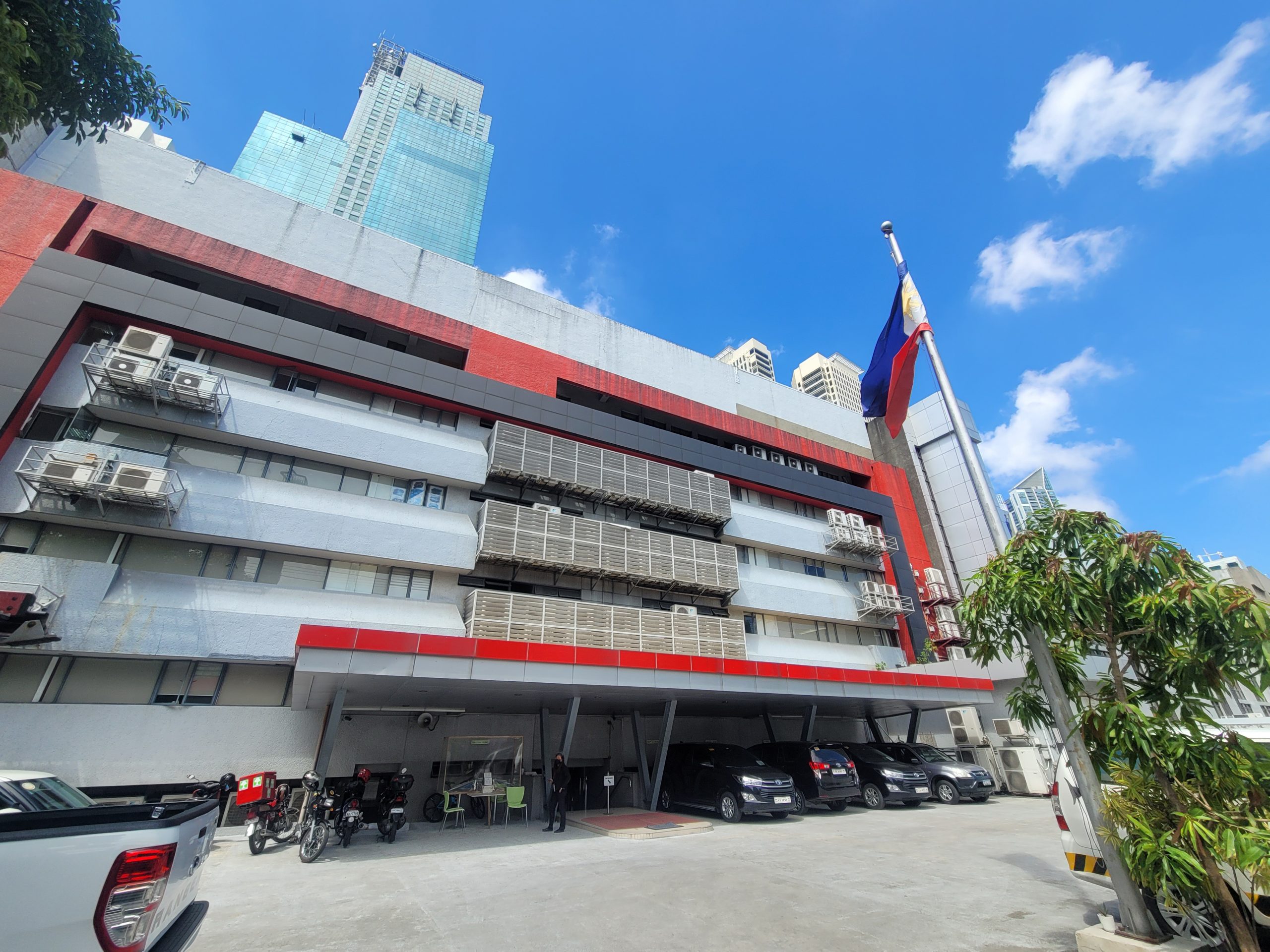 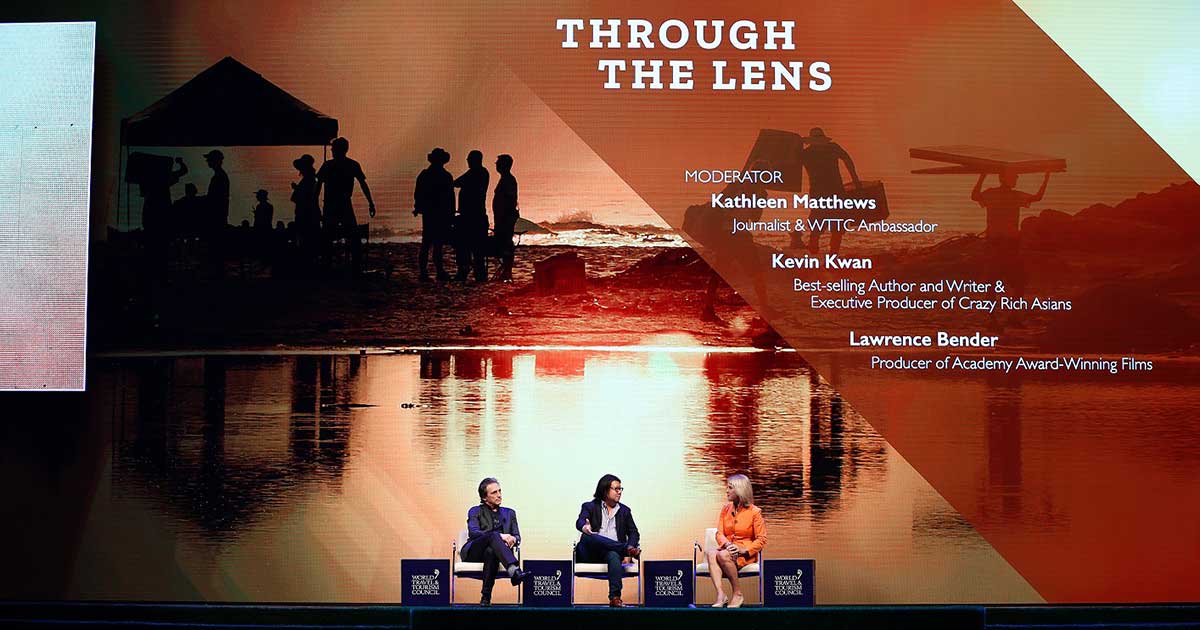 WTTC announces speakers for its 21st Global Summit in the Philippines

DOT inks partnership with PNP, PDEA to beef up security in tourist destinations Statement of the DOT on hotel rooms occupancy guidelines 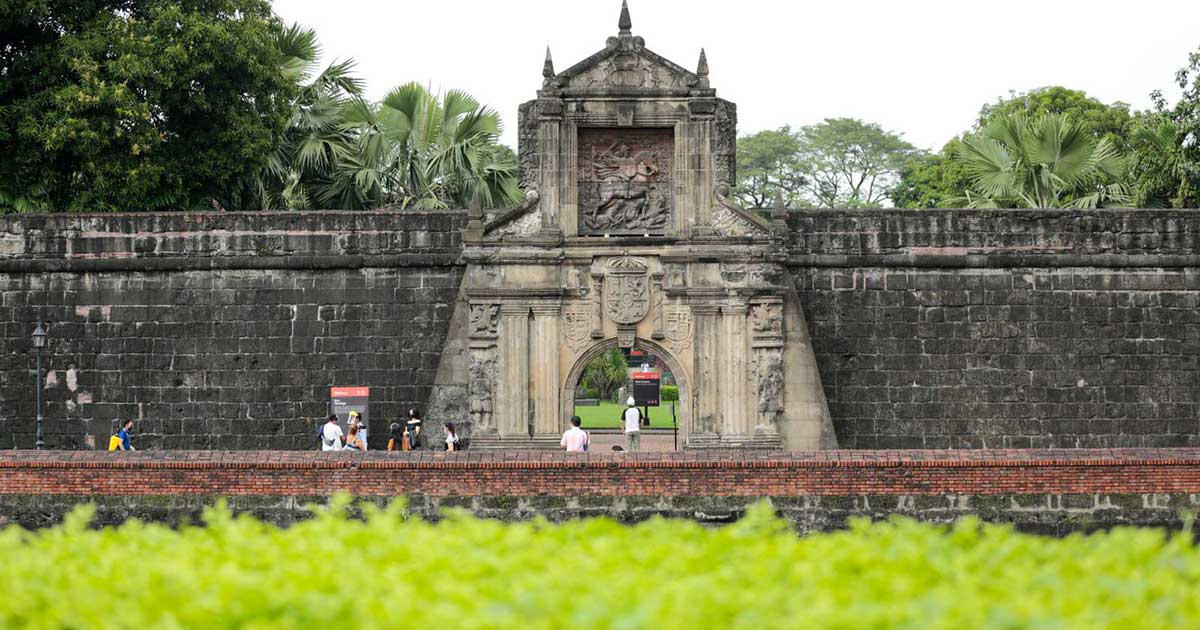 Intramuros visitors up by 132% in February

All systems go for PHL reopening for international travel- Puyat 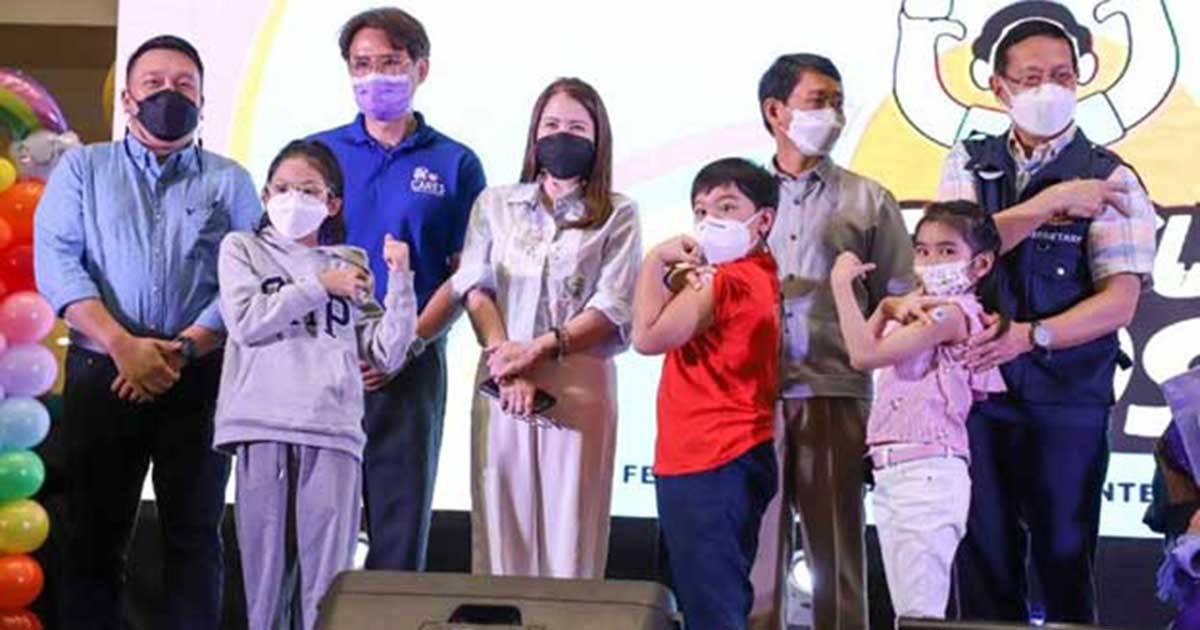 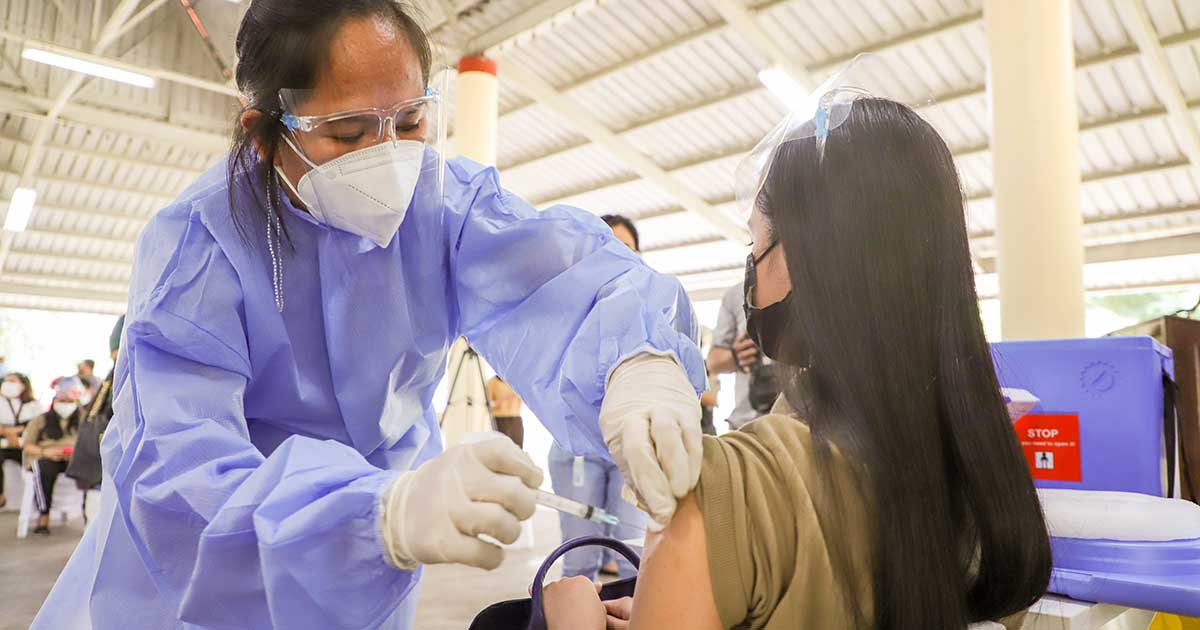 More than 95% of tourism workers in dive establishments already vaccinated against COVID-19: DOT 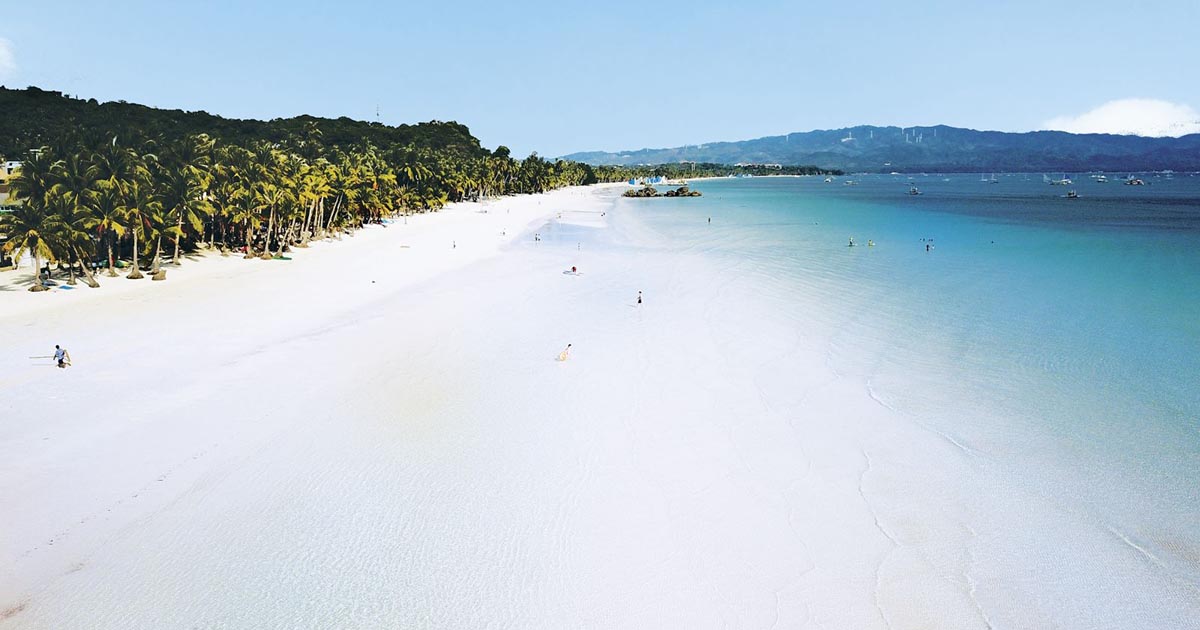 Anilao underwater ‘shootout’ is back

Alert level 3, good for Tourism jobs and businesses as holidays near – Puyat 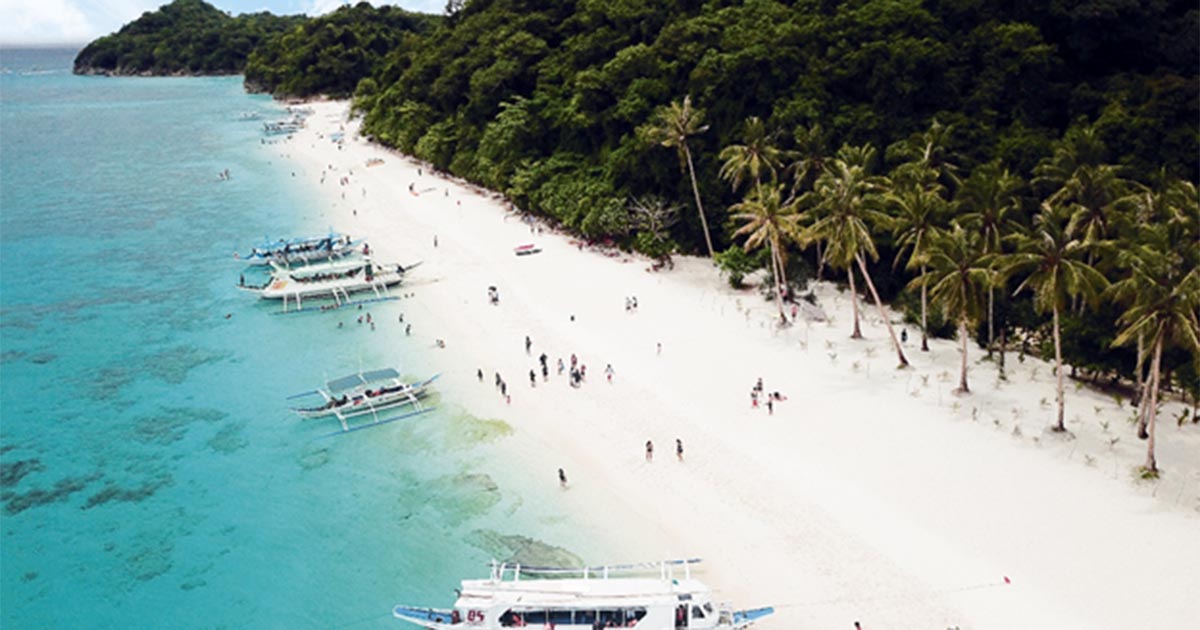 Statement of the Department of Tourism on the inclusion of Palawan in T+L’s Top Islands in Asia, World list 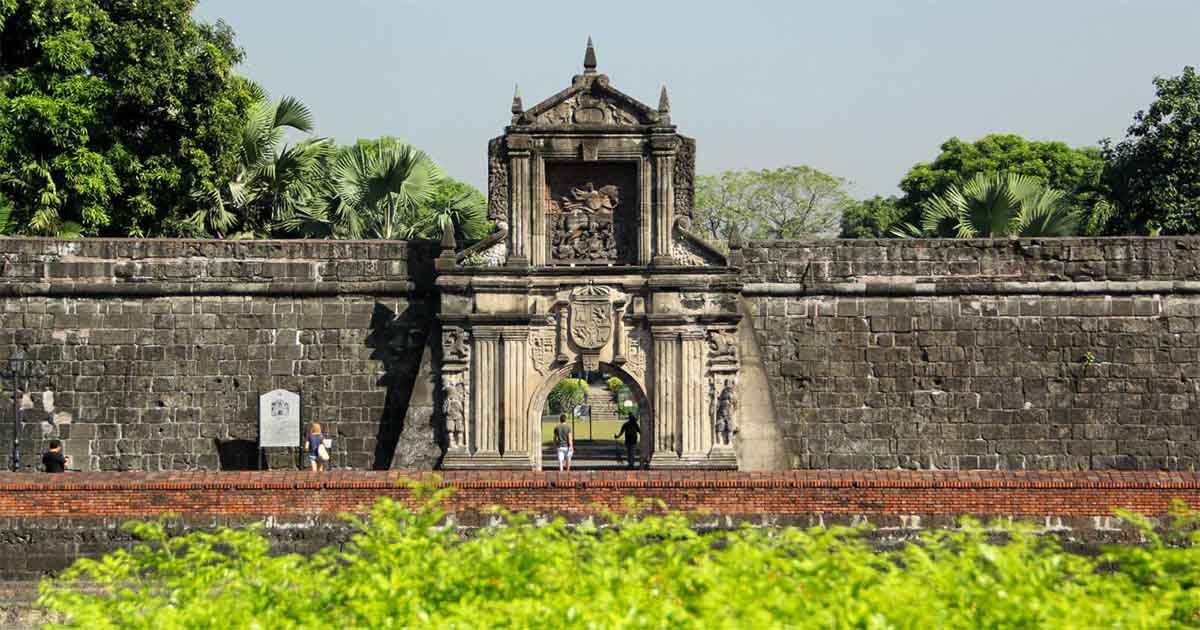 Statement of the Department of Tourism on the passing of heritage and cultural tourism advocate Mr. Ramon Hofileña

STATEMENT OF THE DEPARTMENT OF TOURISM ON IATF DECISION ALLOWING CHILDREN FIVE YEARS OLD AND ABOVE, AND FULLY VACCINATED SENIORS TO VISIT OUTDOOR AREAS

DOT STATEMENT ON THE ACTIVITIES OF THE TAAL VOLCANO

Travel for tourists of all ages from NCR Plus to Boracay, other MGCQ areas extended to June 30

Museums in NCR Plus to reopen on limited capacity – DOT

Statement of the DOT on IATF-EID Resolution 118A

Over 1,400 golf workers in Metro Manila get DOT-DOLE cash aid

DOT hails expansion of priority vaccination to A4 cluster, including tourism frontliners

5,986 staycation rooms open for guests from NCR Plus

DOT Statement on the Proposed Vaccination center in Nayong Pilipino

DOT welcomes IATF decision to ease travel in NCR Plus

STATEMENT OF THE DEPARTMENT OF TOURISM (DOT) ON THE COLLECTED GARBAGE FROM THE WATERS OF SAMAL ISLAND, DAVAO DEL NORTE

UPDATES ON THE VACCINATION OF TOURISM WORKERS

DOT Statement on ECQ extension in NCR plus

DOT PUSHES STRINGENT GUIDELINES FOR STAKEHOLDERS ACROSS THE NATION

DOT ISSUES PROTOCOLS ON RESTAURANT OPERATIONS UNDER THE NEW NORMAL

DOT, DTI TO ROLL OUT HEALTH AND SAFETY GUIDELINES, DIGITAL SOLUTIONS FOR RESTAURANTS

DOT WELCOMES THE RESUMPTION OF TOURISM OPERATIONS IN AREAS UNDER MGCQ

PUYAT ON REOPENING TOURISM: ‘DO IT SLOWLY BUT SURELY’

DOT WEBINAR TACKLES HERITAGE SITE CONSERVATION AND USE AMID PANDEMIC

DOT: TOURISM INDUSTRY UP TO TOUGH CHALLENGES ON PATH TO RECOVERY

DOT STATEMENT ON THE CURFEW RECOMMENDATION FOR LGUs

Puyat advocates for cultural and ecotourism in the new normal

2019 International arrivals exceed target with 8.26 million visitors to the Philippines

Intramuros reopens in the new normal

DOT, FAO team up for sustainable farm tourism in PH

Meetings, conventions allowed only under MGCQ at 50% capacity – DOT

“THINK OUT OF THE BOX,” TOURISM INDUSTRY URGED IN DOT WEBINAR

Statement of Department of Tourism

Statement of Department of Tourism

DOT bats for a more fun, safe and sustainable Laguna

Puyat to grace Baguio reopening; DOT to go big on domestic tourism in 2021

Puyat: Even in most unusual ways, tourism must stay alive

DOT Statement on the Closure of Makati Shangri-La Hotel

DOT welcomes Coron’s reopening on Dec. 1 with health and safety measures in place

Statement of the DOT on Cebu resort incident

DOT to assist Zambales in safe and gradual tourism reopening

DOT STATEMENT ON THE OPENING OF ILOCOS SUR STARTING NOV 15

PUYAT – HOTELS IN GCQ, MGCQ MAY NOW BE ALLOWED TO OPERATE AT FULL CAPACITY

Statement of the Department of Tourism

2nd Statement of the Department of Tourism

DOT–DOTr meet to boost tourism infra, connectivity; Puyat to push approval of 1B for night–rated airports

TOURISM CHIEF: PHL ONE WITH ASEAN IN RESPONDING TO COVID CRISIS

TOURISM CHIEF: PHL ONE WITH ASEAN IN RESPONDING TO COVID CRISIS

REPUBLIC OF THE PHILIPPINES
All content is in the public domain unless otherwise stated.
FREEDOM OF INFORMATION
Learn more about the Executive Order No. 2 - The order implementing Freedom of Information in the Philippines.
ABOUT GOVPH
Learn more about the Philippine government, its structure,
how government works and the people behind it.
Executive
Legislative
Judiciary
Other Agencies
Copyright © 2021 Department of Tourism Philippines, All Rights Reserved
AUXILIARY MENU